Gut feelings and intuition run my life. Always have and always will. I can’t ignore them because they are loud fuckers and do not like being ignored. Either the gut feelings grow louder to the point I cave in with a defiant, “FIIIIIIIINE!” Or tossed an, “I told you so,” when proven correct. My life would go a hell of a lot more smoothly if I didn’t argue with it so much. Gladly, I did not argue with it when I found Dancing Mindfulness.

How did I stumble upon it? I had an undergraduate professor who always spoke about mindfulness practices and how healing they were. She was big on walking meditation. This piqued my interest because walking and listening to music is something I’ve done for as long as I can remember. During the cluster of my life, it remained the only escape I had at the time. Curiosity eventually won me over and I began Googling the benefits of walking meditation.

During this Google escapade, I stumbled upon Dancing Mindfulness. Initially I was put off. Body’s natural healing properties? Fuck no! The sheer mention of body sparked distaste in my mouth. Did I enjoy dancing? Hell yeah. I went clubbing all the time just to dance. It was my escape. Who wants to be in their body? Not me apparently. Turns out, you cannot escape your body. Something about being human and what not.

Although I had that reaction, my gut was loud and clear. This was something I had to do. This was something I had to get trained in. It was so clear and distinct that I couldn’t argue with it. However, I did not seek out Dancing Mindfulness until I was in graduate school. So it was a curiosity that had time to brew. Eventually I saw there was a holiday class in December. At this point in time, I never made plans to do anything for myself. It was always for others. It was nothing short of a miracle that I allowed myself to attend the class. However, this warm, fuzzy thread of intuition tugged me along.

Driving to the class, I felt sick with anxiety. My flight response was in full gear; however, I am quite stubborn and made myself get out of my car. I felt small walking into the building. I felt small walking up the steps. Into the building. Passing people. I watched the floor as I walked and found myself at the correct room. Before walking into the room, my surroundings were a complete and utter blur. It was like I couldn’t look up, otherwise the realization of attending the class would sink in and I’d take off. When I stepped into the room, my surroundings sunk into high definition. The sun was pouring in from the windows and viney plants were basking in its rays. People were coming and going from the room and I stood there trying to figure out what the hell I was doing. At this point, the warm, fuzzy thread was the only thing keeping me there and telling me I belonged. My gut feeling and I argued about the whole this-is-where-you-belong. Long story short, the gut feeling won and I stayed.

The warm, fuzzy thread is also what had me jumping in feet first and engaging in a conversation with Jamie (Pragya) about being a facilitator. I must have come across as a nut, because I had never engaged in Dancing Mindfulness and said I wanted to be a facilitator.

“Have you ever attended a class?”

Now I did partake in the class. It was the first time in my life I was safely in my body. This just made the warm, fuzzy thread of intuition a certainty. I will always credit Dancing Mindfulness for my jump start on healing and kicking me out of freeze/dissociation mode. Always. I will always credit the incredible tribe that comes with Dancing Mindfulness as being my main supporters in learning how to connect with people safely. That healthy connections exist. Always. It started with intuition, which lead me to the class, which lead me to Pragya who immediately introduced me to Ramona as my trainer.

Ramona and I agreed on doing individual training, because I couldn’t fathom myself around a group of people. I couldn’t fathom myself getting close to anyone and being vulnerable. Not that I told her any of that or that I felt guilty making any time for things that interested me. I had work. I had class. I had a partner to keep happy. I had a house to clean. I had pets to care for. I had all these reasons to negate going to a Dancing Mindfulness weekend training. Honestly, I probably would not have survived the group training at that point, because I wasn’t ready. At that moment, I needed that one-point person that I could keep coming back to over a period of time rather than a weekend. Honestly, I probably would have disappeared. So, Ramona and I worked together over the course of a couple months. I do not regret not taking the group training because it was not what I needed and not part of my path at that time. It turns out, that time spent with Ramona turned into a beautiful friendship and she has been an integral person in my life and someone I view as family. I don’t think my walls would have fallen if I approached training or Dancing Mindfulness in any other way.

Dancing Mindfulness has become my tribe and I’ve met so many wonderful people through it. It has been a catalyst for so many wonderful changes in my life both personally and professionally. I don’t know where I’d be without it. It’s been the base point where I have found EMDR therapy, Expressive Arts, my family, my friends, and healing. All of these things have led me to connecting with my body, the courage to leave an unhealthy relationship, connecting with people, finding my voice, learning to have fun. That my body, me, should not take the brunt of my learned shame. It’s amazing how providing the space to move and really listen can have such a profound impact.

Each retreat and each class, Dancing Mindfulness helps me learn something new about myself, about the world. It helps me connect more with my body and heal. What I learn about myself and how it works, I turn around and share with others with the upmost excitement. I don’t know how else to describe Dancing Mindfulness’s impact on me besides, life changing.

And to think it all started with a gut feeling.

Marnie Cram LPC, LCDC III (pronouns They, Them, Theirs) is a Dancing Mindfulness Facilitator, EMDR Therapist, in the Expressive Arts Therapy certification program, artist, and life-long learner. They received their MSEd in Clinical Mental Health Counseling at Youngstown State University and is currently the Outpatient Program Supervisor at Valor Recovery Centers. Marnie is also a Reiki lvl 2. 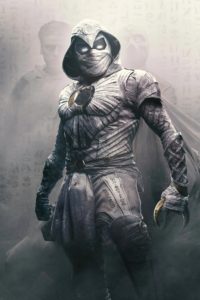 Is Almost Good Enough with Portrayals of DID?: A Review of Marvel’s Moon Knight on Disney+

****Spoilers Ahead for Season 1 of Disney+ Moon Night**** I adore the Marvel Cinematic Universe, and teaching others about dissociative disorders is my passion. As 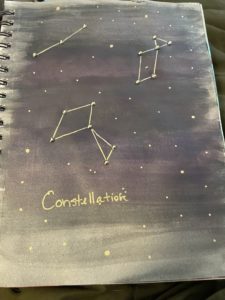 Creating a Training Oasis in an Online Environment

I recently had a conversation with a dear friend at an in-person training we were both a part of; she in the role of facilitator, 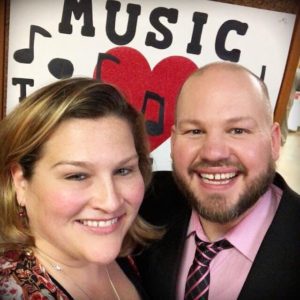 God is in the Music

This summer, I sat in a chapel run by a major religious order before the Holy Mass where my brother Paul would make his vows