I Didn’t Sign Up For This: Lessons From My Apple Butter

The inclusion of culinary arts in Dr. Jamie Marich’s newest book Process Not Perfection was alluring to me. Particularly, as she included it under the tantalizing header of “Nourishment” as it relates to “manifesting” oneself through expressive arts. So, when I was asked to contribute a piece on culinary arts, I was like a kid in a candy shop. I had big plans for canning my latest batch of apple butter and whipping up a batch of tangelo clove marmalade. I am a preserves devotee. The entire process is magic to me: the alchemical transformation of ingredients that results in something greater than the sum of its parts, in my lovely copper jam pot, nay cauldron, is pure magic. I had fanciful dreams of waxing quixotically about the poetic process of mindfulness based culinary practices that increase flexibility and adaptability in a way that nourishes the soul. So, I set out to batch my preserves, like a kitchen witch with my metaphorical pointed hat perched upon my head, and the desire to go deep with some sugar.
By now you may have guessed that this weekend’s canning plans did not result in the whimsical witchy magic potion experience I had imagined at the outset, but rather quickly moved from the delicious “nourishment” category all the way back to the I’d-rather-not-be-here “distress based tolerance” category.

Apples went in the pot Friday evening. I cranked that bad boy up hoping to expedite the process and finish that night. No such luck as they still cooked too slowly. No problem! I’ll just slow it down and finish in the morning! Saturday morning resulted in a two-hour call (a delightful one, but one which would put me just another few hours behind). No big deal! A pro such as myself is certainly capable of conducting magic on the fly! Yet immediately on the heels of that call a pal showed up for a cup of coffee and to pick up a few jars of jam. Still feeling like a casual boss, I spent some time catching up and sent him on his way as my folks pulled in the driveway. “Let’s grab lunch!” they quipped. The panic began to set it. In the 5 minutes between calls and guests, I had begun zesting my tangelos. With the full knowledge that that is a flipping 48-hour process, I headed to an anxiety-ridden lunch, in which my head was exclusively focused on my damned preserves. Upon returning, I ran into the house, finished dissecting a crap ton of tangelos and got the suckers boiling. In a full-on panic now, I flipped on the power burner and filled up the canning pot. While waiting for that SOB to boil up I feverishly washed my jars and filled up a 5-gallon bucket with 25lbs of sugar. You can see where this is going, but I’ll just say the process involved a hammer and leave your imaginations to fill out the rest. The cans went down in the boiler, with apple butter splattered along the wall and after having the rack crash, I somehow retrieved them with only minor burns to my fingers. Somewhere in the midst of all of this, my carbon monoxide detector went off.

This is how the sausage, or jam as the case may be, gets made. The process is always magical in retrospect. From further down the road I can look back at my life and see how painful confluence of events has led to me existing in a satiating place of contentment. I can and do wax poetically about the beauty in overcoming the inherent challenges that exist in life having already moved through them. Beauty and magic are much easier to appreciate when we’ve made it to the other side of painful transformations.

In order to make jam, we are required to employ the right configuration of ingredients and processes in order to break apart the water, sugar, acid and pectin at the molecular level. We must add enough heat to fundamentally dissolve the old molecular bonds, boiling them at near scorching temperatures. The change here occurs under immense pressure. It’s only after that breakdown, that each component begins to re-bond in a new way, and the mixture begins to gel and transform into something completely new and so satiating.

Growth hasn’t always been a product of adding heat and pressure in my life. I’ve grown a great deal through joy and communion with other artists and soul searchers. But in my own life I have found that fundamental self-transformational change has most often come after the application of high heat and intense pressure, and that molecular breakdown and reconfiguration of the molecules that make up my soul has been necessary for reconstituting myself in the most delicious and satisfying ways.

So, with my pointed hat slightly askew, and my witch’s brew splattered all over the damned kitchen, I commence to sweep up the sugar coating the floor and clean up the sticky spots on my counter, and finally bask in the fruits of my labor. The process is painful sometimes, and the beauty of it isn’t always apparent in the midst of it all. The products of all that work, however, can be so damned sweet. For the record, the apple butter is delicious.

Core apples, leaving on peel and add all ingredients to cast iron pot on medium-low head, or crock pot if you’re feeling lazy. Use an immersion blender to blend once apples are soft and let simmer with the lid off until liquid reduces by half. Ladle into clean 4oz jars and can in water bath canner or just eat that stuff. Makes about 12 4oz jars. 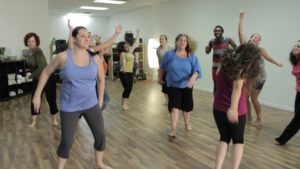 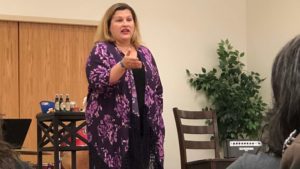 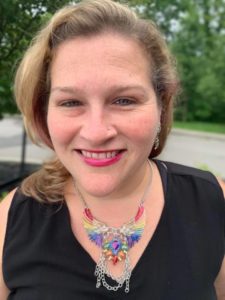 Do Your Politics Impact Your Clinical Effectiveness?

Originally published on the NALGAP-Addiction Professional Blog, August 2016 Nothing makes my stomach turn quite so vigorously as when I see a helping professional make