What Does It Mean To Live Beautifully?

The good life is a sort of craft – the Greeks used the word techne. A call from and response to the world around us, requiring adaptation and contextual awareness. The blacksmith, for example, carefully integrates understanding of his material’s malleability, the temperature of his fire, and the resistance of his anvil in hammering out metal goods. Crafts, nay arts, are doings. These aren’t things that are thought about in the abstract. They require the thoughtful and active integration of material conditions in one’s world in order to produce an put forth or express a product. Likewise, the good life, is an active process in which one’s life is carefully crafted like a work of art.

But somewhere along the way philosophers began talking about what it means to live morally – searching for the correct set of rules or principles to which ones’ behavior or internal compass must conform. Kant is most famous for this with his categorical imperative: “Act only according to that maxim whereby you can, at the same time, will that it should become a universal law.” It’s a rather wordy command, that suggests that we ought to take no actions that give rise to logical contradictions. For example, the notion that “stealing is acceptable” is immoral, since stealing wouldn’t be possible in a world where everyone was stealing from everyone all of the time – it would result in a logical contradiction. Ergo, stealing is morally wrong. What is wrong is always wrong and what is good is always good. We can determine right and wrong, good and bad without any reference to the conditions in which a person lives.

Understanding morality this way is certainly a tidy way to look at the world. But humans are full of contradictions. For example, in one moment I might desire your approval, while in the next I could care less of what you think of me. Some might even say that the contradictory nature of our desires and thoughts are the distinguishing feature of what it means to be human. It is certainly one of the things that makes human beings such fascinating creatures. Humans grow, change, and adapt. We look back on the past in light of new experiences and rethink what those past events mean to us. We look into the future with the baggage of past experiences coloring what we see in front of us. We very often have our minds made up only to let all our old ideas go in the face of a new feeling, experience, or idea, and reform our minds again and again over the courses our lives. Very often we are confronted with experiences thrust upon us by conditions outside of our control, and we are forced to grow and adapt to accommodate these changes.

If we suppose that a “good” life can be understood in moral terms – that is right and wrong – we run the risk of losing what it means to be human at all. Because as much pain as there might exist in growth and change, there is also a great deal of beauty.

Over the course of my life I’ve had the privilege of mentoring and coaching a number of women through life challenges. Of watching them crawl through suffering, wash out their wounds, and trudge along. Inevitably, I find a moment in which we are sitting across the table from one another laughing about something completely inconsequential. And there she is. A fully realized human being, flourishing in her own right. It’s like a dance, an artform, to watch another person begin to integrate the pieces of their lives and reorganize their own narrative moving from tragic victim to laughing friend. It’s a dance that invites us to participate ourselves, reconsidering our own stories and rewriting our own endings.

Living morally is living abstractly – divorced from the world in ivory towers determining what is right and wrong for everyone. Living beautifully, crafting a good life, is done in concert with the world in which we live and each another, taking the time to integrate life lessons, and opening our hearts to grow. To rewrite our own unique stories and invite others to do the same. 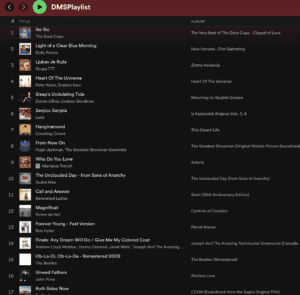 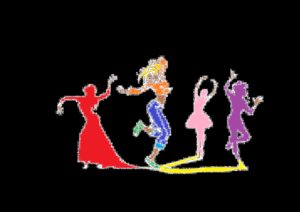 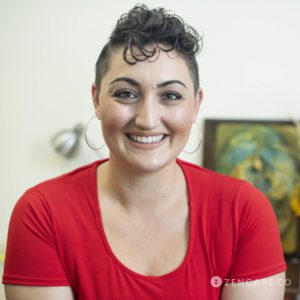